Omega Squared for ANOVA from F

This function displays omega squared from ANOVA analyses and its non-central confidence interval based on the F distribution. These values are calculated directly from F statistics and can be used for between subjects and repeated measures designs. Remember if you have two or more IVs, these values are partial omega squared.

Participants were tested over several days to measure variations in their pulse given different types of stimuli. One stimulus was a neutral picture (like a toaster), while other stimuli were cute/happy pictures (puppies, babies), and negative stimuli (mutilated faces, pictures of war). Were there differences in pulse for each participant across the stimuli? The data are available on GitHub. Example output from JASP, SPSS, and SAS are shown below. 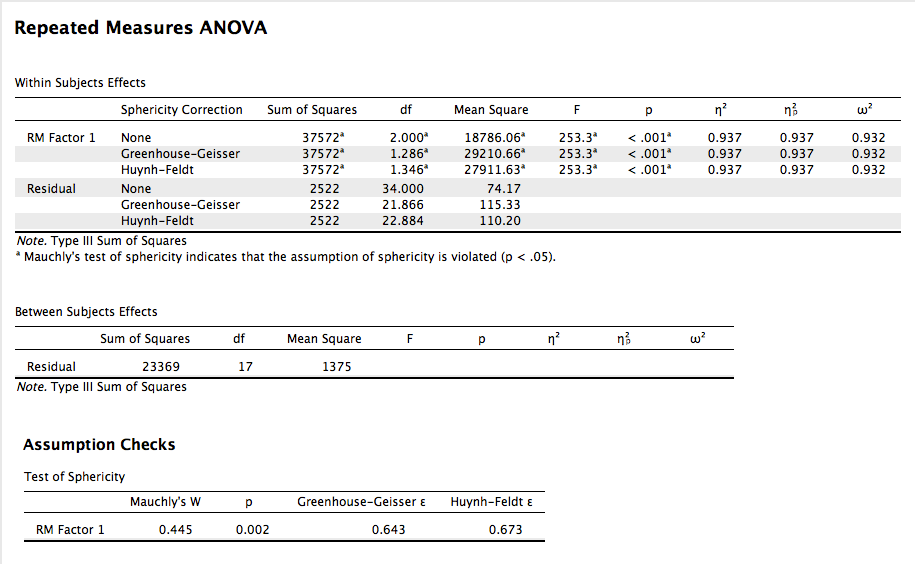 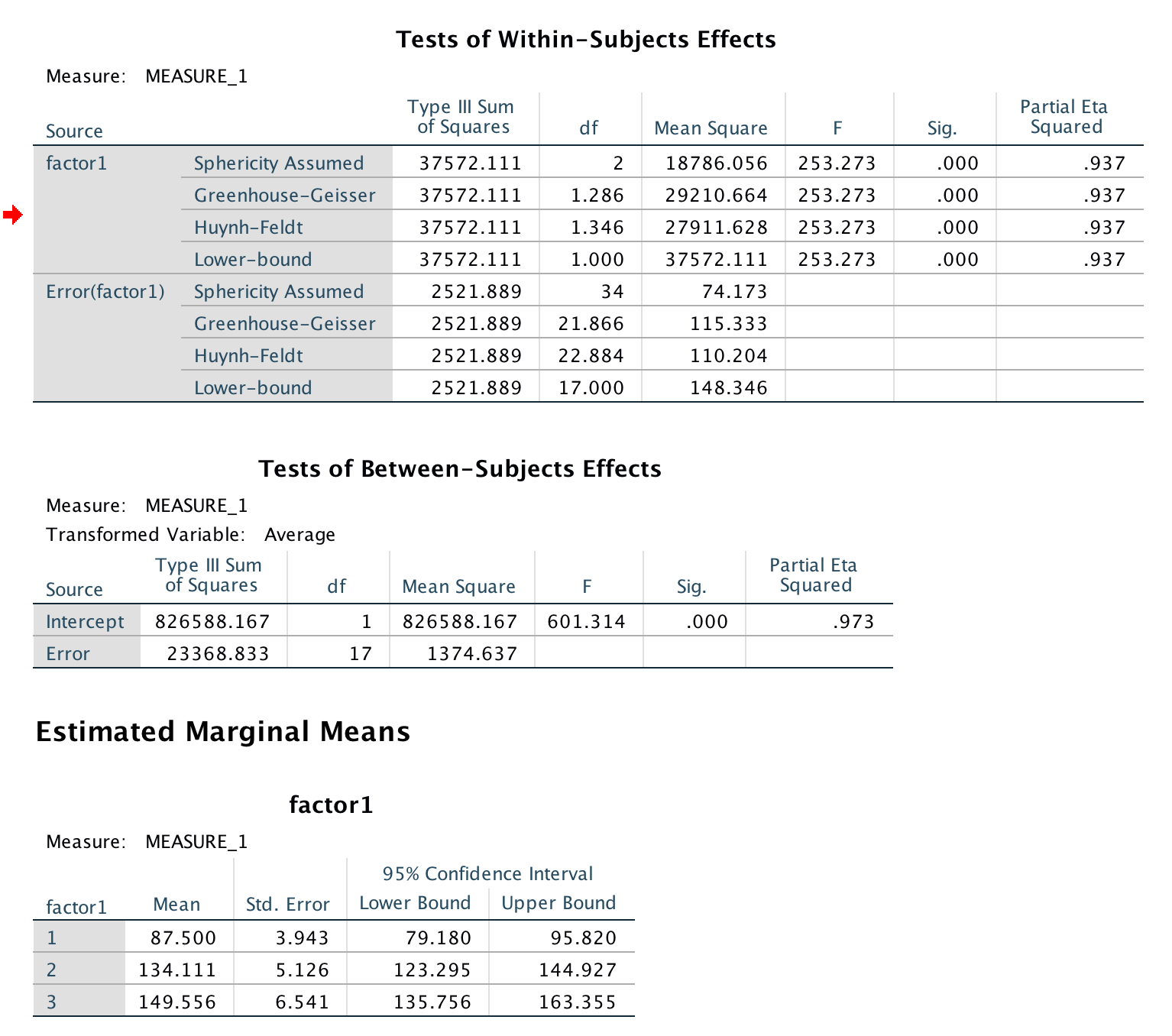 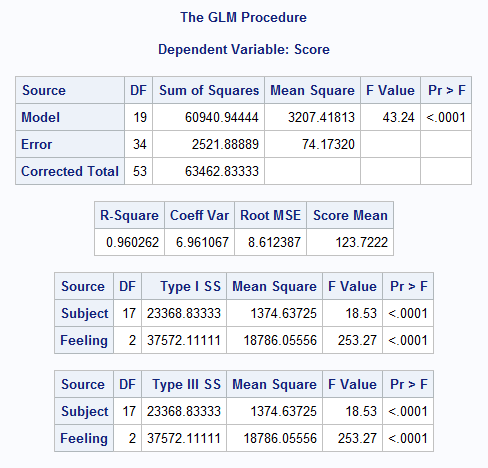